Dr. Stanyek has published on subjects ranging from Brazilian hip hop to Pan-African jazz, from improvisation to posthumous duets. He is currently completing an ethnographic monograph on Brazilian diasporic performance and is co-editing The Oxford Handbook of Mobile Music Studies with Sumanth Gopinath. In 2011, "Deadness: Technologies of the Intermundane," an essay co-written with Benjamin Piekut, was awarded the "Outstanding Essay Award" by the Association for Theater in Higher Education.

He recently edited (with Alessandra Santos) an interdisciplinary issue of the journal Critical Studies in Improvisation entitled "Brazilian Improvisations/Improvisações Brasileiras" (available at http://www.criticalimprov.com/public/csi/index.html). In summer 2008, he was guest producer for an hour-long radio show called "The Brazilian Diaspora in the United States" for Public Radio International's long-running program "Afropop Worldwide" (available online at: http://www.afropop.org).

He is on the advisory board of Critical Studies in Improvisation and he just completed his three-year term as the Multimedia Reviews Editor of the Journal for the Society of American Music. He is a member of the international research team for a major collaborative project entitled, "Improvisation, Community, and Social Practice" (funded by the Social Sciences and Humanities Research Council of Canada).

As a teacher he gives graduate seminars and undergraduate classes on Brazilian music, sonic culture, critical theory, global hip hop, musics of the African diaspora, world music, new media, ethnographic method and the history of ethnomusicology. He serves as a member of the faculty at the California Brazil Camp in Cazadero, California, where he teaches pagode and cavaquinho.

Also active as a performer and composer, he has released two CDs as a guitarist with the improvisation quartet O'Keefe, Stanyek, Walton, and Whitehead and served as an assistant conductor for the premiere recording of Anthony Davis's opera Tania. He played cavaquinho and berimbau on the CD Da Rua Dos Ossos by Juju Duarte (Art Hurts, 2006). Dr. Stanyek's compositions have been performed worldwide and he has composed music for dance productions and films (including Thomas Allen Harris's É Minha Cara/That's My Face: A Mythopoetic Film Exploring the African Face of Brazil). 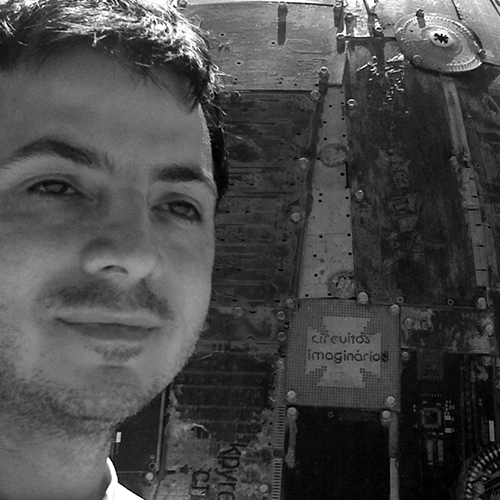 Advisory board of Critical Studies in Improvisation